About Mike and all that 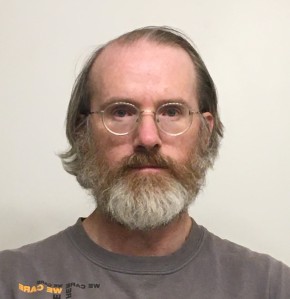 (Above:  that’s me on July 30, 2020)  (Header:  that’s a picture I took of City Creek in Salt Lake City, Utah.  Flowing water, such as a stream, tends to represent life to me.  In that way, it makes sense for a header for this blog, which consists of a lot of my impressions of life.)

My name is Mike and this is my blog.

As I always say, “I’m trying to figure out how the world appears to me and not according to what other people say”.  This has become very important to me as I was brought up in over educated America where we stuff and cram our minds with information all day long.  I have spent a lifetime reading, listening, and learning what other people came up with.  My whole life has been spent in being told what and how to think.  I never had the time, nor was allowed, to discover what I think or how the world appears to me.

The general stance of this blog

The general stance of this blog is of a person who is trying to describe and explain the mysterious world that is before him because he doesn’t know.  Most people write as if they know or because they think they know.  I do not know nor profess to know.  I’m only “trying to know” but never seem to quite reach the point of knowing.  No matter how much I think about things I always end up feeling that I “don’t know” in the end.  As a result, these articles consists of thoughts involved in the process of “trying to know”.  Over the years, though, I have found that the process of “trying to know” is more important, and has more value, than any knowing.  This, it seems to me, is because “trying to know” is alive and moving.  “Knowing”, on the other hand, is dead and stagnant.

This blog primarily consists of articles in which I describe things as they appear to me at the time I write them.  In many ways, these articles can be compared to a form of a sketch or painting.  Instead of sketching or painting an image with paint I am describing an image that I have with words, ideas, and concepts.  Its not an image you see with your eyes but one which must be read and imagined.  I call this image a “conception”.  As a result, I often call these articles “conceptual paintings”.  In this way, I often consider these articles something akin to art.  In other words, I do not view myself as displaying scientific thought, philosophic thought, or anything like that.  I tend to view myself primarily as an artist painting a picture with words, ideas, and concepts.

I have always loved to think about things and have often loved to tell them to people.  But, over the years, I’ve found that most people never cared that much for them (or they don’t act like it).  Typically, the thoughts went through one ear and out the other (see my article Thoughts on blog writing after 800 articles . . . questioning the value and meaning of ideas).  But, one day, someone happened to say that I should put my thoughts in a blog.  At the time, I didn’t know what a blog was and I eventually had to research it out.  This eventually led me here.  And so I put my thoughts here . . . well, just for fun really . . . and maybe someone might find something interesting.  Over time I found that I enjoyed to write down my thoughts and put them here.

The manner of thinking

I inquire for inquiring sake.  In other words, I do not do it for some other ulterior motive (such as to make money or some sort of prestige, as at the University or as a profession).  I also do not seek or profess to find any “ultimate truth” or a great discovery.  What I think, and write down, are only “as it appears to me” while trying to be as honest about it as I can.  As a result, they have been primarily a solitary endeavor, something I’ve done on my own, for my own sake, to satisfy my own curiosity.  I have always felt, and still feel, that this is when any inquiry is the ‘purist’, the deepest, and the most profound.

I have always sought thoughts that originate from “within me”.   I try, always, to seek what my intuition tells me.  In short, I let my intuition lead me.  In following my intuition I have found that there is a need to avoid the following of pre-established viewpoints, such as from ‘formal education’ and popular viewpoints.  These only hampered me.  The great joy of writing these thoughts have come from discovering what “I” think, not what society or someone else thinks.  As a result, I have sought to be completely on my own, independent of anything originating from ‘formal education’, society, or common point of view.  This has made it so that I can think and do whatever I want in whatever way I want.  In addition, I don’t have to do things to satisfy anyone else (such as a professor, the school system, the administration, other people, the establishment, etc.).  This has allowed me to truly seek how things appear to me and to follow my intuition.  What I found, over the years, is that these conditions have had amazing effects and giving me an incredible freedom that I have seen no one else ever display.

In general, I call things out as I see them.  That is to say, I say how things appear to me at the time.  I do not modify my statements to make them sound more ‘pleasing’ or ‘acceptable’.  To me, that’s like lying.  The very idea of things like “politically correct” is completely ridiculous and asinine to me.  The thought of having to modify what I feel because someone might be “offended” or “upset” is one of the most absurd ideas I have ever heard in my life.  Do not expect such absurdity from me!

An endless variety of thoughts

This blog is a ‘brainstorm of thought’, ranging from the believable to the not-so-believable and even ridiculous.  In short, then, nothing I write is written in stone but only describes how I feel at that time.  I have never claimed to be “right” nor have I claimed that what I say is the “correct” version or the “only” version.  To say that ones thoughts are truly “correct” or that one has the “right” point of view seems arrogant to me.  One thing that I have learned is that thoughts are variable and change with circumstances (experience, age, stance, point of view, etc.).  That is to say, thoughts are continually and endlessly changing.

Its not always easy to describe thoughts

I’ve always had difficulty explaining things to people.  Sometimes, its almost impossible.  Its something I have always struggled with.  I find, though, that I can explain things easier when I write it down than in a conversation.  When I write, for example, I have the luxury of having the time to find the right words.  I also have the time to dwell on it and formulate better explanations.  But, even then, I think that some of my difficulty in explaining sometimes comes out in writing as well.  As a result, when I look at what I wrote, at a later date, I often find that I didn’t explain it adequately and I have to modify it.  From observations like this I can see that a lot of thinking and writing is nothing but a perpetual quest to explain things that can never be explained adequately.  Its like a never-ending process that goes on and on.  In this way, what I write in this blog is part of that never-ending process and quest to explain things.

I have a tendency to repeat myself oftentimes.  Sometimes it’s because I forgot that I had already written something about it already.   Other times its just because I thought about it in a different way.  And, at other times, it happens to be related with something else I’m writing about.  But, regardless of the situation, writing about the same thing, even only weeks apart, often reveals a different angle or point of view about it and are often worth putting down.

A lot of what I write are often like notes to myself.  I typically write as if writing to myself.  As a result, I am really giving myself ‘advice’ and suggestions of what to do or how to do things or what things mean.  It’s almost like I’m explaining things to myself.  Because of this, I often some unique techniques that help me, such as:

A matter of free association

Much of my writing is like a free association.  I write what comes to me, often without thinking beforehand what I’m going to say.  By doing this I have found that they have become an avenue toward truths about myself and how I perceive the world.  Often, these truths can be difficult and can bring out conflict.  But that, to me, is what real writing is about.  That’s what I like about it.  As a result of this, it is part of the ongoing process of experiencing and living life.

They are all passing thoughts after all

Keep in mind that what I write consists of nothing but “passing thoughts”.   By this, I mean that they are ‘for interest’ only and should not be taken too seriously.  If a person finds something of interest, then great.  If not, then its no big deal.  My intention is only to express some of the thoughts that I have.

This blog, and everything in it, consists of ideas and writing that I created and are my intellectual property and are copyrighted by Mike Michelsen.